“Discipline” is a difficult word for most of us. It conjures up images of somebody standing over you with a stick, telling you that you’re wrong. But self-discipline is different.

It’s the skill of seeing through the hollow shouting of your own impulses and piercing their secret. They have no power over you. It’s all a show, a deception. Your urges scream and bluster at you; they cajole; they coax; they threaten; but they really carry no stick at all. You give in out of habit. You give in because you never really bother to look beyond the threat. It is all empty back there. There is only one way to learn this lesson, though. The words on this page won’t do it. 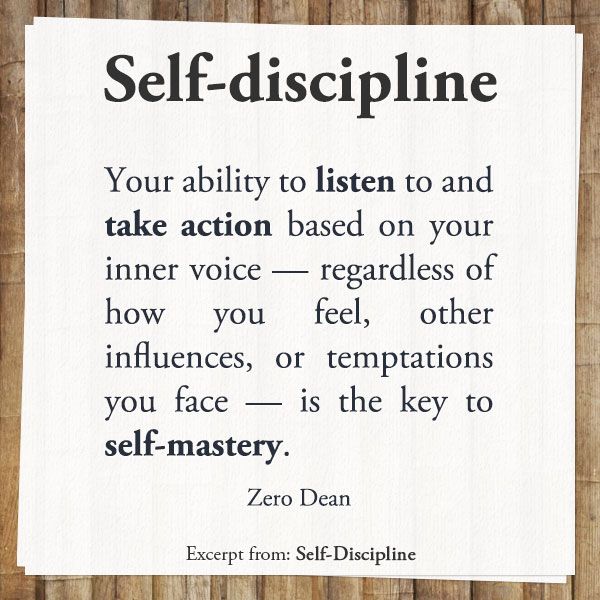 But look within and watch the stuff coming up—restlessness, anxiety, impatience, pain—just watch it come up and don’t get involved. Much to your surprise, it will simply go away. It rises, it passes away. As simple as that. There is another word for self-discipline. It is patience.