Eppavo Mudintha Karyam: The event was completed long ago. It was all over long ago. Everything has been pre-ordained. Man may like to think that he can determine the course of his life and in a general sense even shape the course of human affairs. It feeds the vanity of man to think that he can shape the future. But man is a mere instrument in the hands of God. It is God alone who controls the past, present and future. Ego-centred man prides in the belief that he has free will when in actuality he is a mere puppet in the hands of an unseen power. One had better accept this fact and surrender oneself to God. 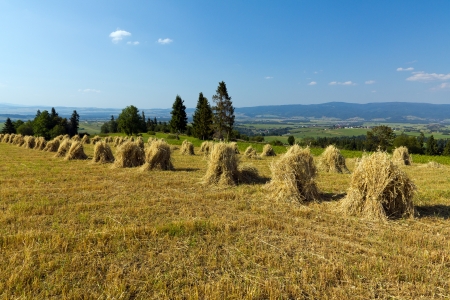 “There is a Jewish story saying that when you are about to be born, God takes you to a field covered with bundles. Each bundle represents a particular set of troubles. You can choose any bundle, but the one you choose you have to take to Earth with you. The rabbis say that if, at the moment of death, God were to take you back to that field and let you choose another bundle with which to relive your life, you would always pick the same one.

” ‘We labor under the misapprehension that we have to think up what we have to do. The truth is that this is not our responsibility, because the pattern of things is far greater than we can imagine . . . the direct perception of our pattern belongs to . . . the unconditioned side of our nature.

“The pattern of things, then, is there from the start. Who you are is there from the beginning. Your task in life is to discern that pattern, listen for it, and give room for it to emerge. More commonly, though, we are all too busy trying to make things happen — to make ourselves happen. We may push and shove through most of a lifetime before realizing that another voice is whispering beneath the fret of our efforts and strategies.”

One thought on “‘Eppavo Mudintha Karyam’ – Your task in life is to discern that pattern, listen for it, and give room for it to emerge….”