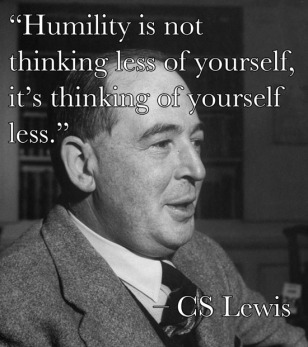 Humility does not come easily for people brought up on bullet points and clear answers. For Americans in particular, who have raised pride and self-esteem to a high art, even the word ‘humility’ raises hackles. It is more acceptable – even expected – for Americans to sing their own praises. When Mohammad Ali was taken to task, chided for arrogance when he claimed he was “the greatest,” he said “It ain’t arrogant if you can do it!” Fifty years later, young Americans are still told this story by their sports coaches as they are encouraged to succeed. Maybe for winning at sports it’s not bad advice, but as a preparation for life in the messy uncertainties of the 21st century it has all the hallmarks of a neurotic response…..
….To be clear: adopting this stance of humility does not mean giving up on understanding or on the need to take action (with both too much and too little information). We are learning all the time more about coordination dynamics, complexity and emergence, which are giving us fresh ways to think about complex systems. Central to these approaches is an understanding of emergence, in which new types of order appear that are not predictable, or even explainable after the event, by reference to individual system components. For the world described by the new science of complexity we will need to develop an attitude of humility as a prerequisite for learning…
…That is the way of the master: to be in the world as a learner in turn encourages and catalyzes learning in others. Persons of tomorrow naturally provide space for others to grow into, rather than fill it with their own knowing. They share their problems and questions as a gateway to mutual learning, rather than their answers and successes as an invitation to praise. They have their egos under control and fill the airspace with their listening.
– Dancing at the Edge: Competence, Culture and Organization in the 21st Century by Graham Leicester, Maureen O’Hara

One thought on “Humility”