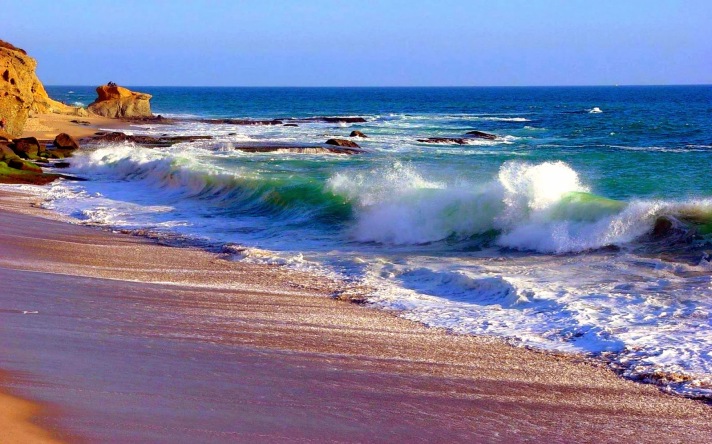 Okay. The story is about a little wave, bobbing along in the ocean, having a grand old time. He’s enjoying the wind and the fresh air – until he notices the other waves in front of him, crashing against the shore. “My God, this is terrible,” the wave says. “Look what’s going to happen to me!” Then along comes another wave. It sees the first wave, looking grim, and is says to him, “Why do you look so sad?” The first wave says, “You don’t understand! We’re all going to crash! All of us are going to be nothing! Isn’t it terrible?” The second wave says, “No, you don’t understand. You’re not a wave, you’re part of the ocean.”

— Mitch Albom, from “Tuesdays with Morrie”