David R. Hawkins, M.D., Ph.D., was Director of The Institute for Spiritual Research, Inc., and Founder of the Path of Devotional Nonduality. He was renowned as a pioneering researcher in the field of consciousness, as well as author, lecturer, clinician, physician, and scientist. He served as an advisor to Catholic, Protestant, and Buddhist monasteries; appeared on major network television and radio programs; and lectured widely at such places as Westminster Abbey, the Oxford Forum, the University of Notre Dame, and Harvard University. People from all walks of life and nationalities honor Dr. Hawkins as a teacher of advanced awareness, exemplified in the title “Foremost Teacher of the Way to Enlightenment.” His life was devoted to the upliftment of mankind until his death in 2012.

END_OF_DOCUMENT_TOKEN_TO_BE_REPLACED

To be surrendered means to have no strong emotion about a thing: “It’s okay if it happens, and it’s okay if it doesn’t.” When we are free, there is a letting go of attachments. We can enjoy a thing, but we don’t need it for our happiness. There is progressive diminishing of dependence on anything or anyone outside of ourselves. These principles are in accord with the basic teaching of the Buddha to avoid attachment to worldly phenomena, as well as the basic teaching of Jesus Christ to “be in the world but not of it.”

END_OF_DOCUMENT_TOKEN_TO_BE_REPLACED

A materially successful young man, riddled with anxiety embarks on a world-wide journey of self-inquiry. From the streets of NY, to the stillness of the Ganges, and deep into the jungles of Peru, he immerses himself in meditation, self-inquiry, and plant medicine whilst conversing with top experts like Russell Brand, Alex Grey, Graham Hancock, Joseph Goldstein, Rupert Spira, Sri Prem baba, Zelda Hall, and more to find the root cause of the problem and learn how to finally find freedom from his crippling anxiety. He finds answers to why a person who seemingly has it all can continue to suffer from debilitating panic attacks, whilst recognizing the beauty and power that lies within each of us, if we are willing to go there. Let your journey begin with Chasing the Present. 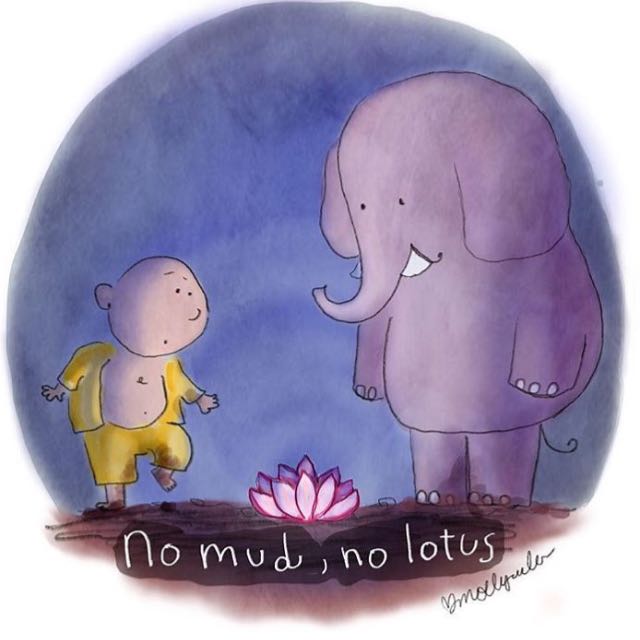 “We  think that the point is to pass the test or overcome the problem, but the truth is that things don’t really get solved. They come together and they fall apart. Then they come together again and fall apart again. It’s just like that. The healing comes from letting there be room for all of this to happen: room for grief, for relief, for misery, for joy.”

END_OF_DOCUMENT_TOKEN_TO_BE_REPLACED

Like Loading...
(Recommended by Sathyam)
This can be that spark you have been waiting for!!
The author has been able with this book to make a very important and relevant subject accessible to everyone. The wisdom is captured and presented alongside a collection of beautiful, thought-provoking quotes and poems. As I began to read this work I found myself being quickly drawn into the stories and references to many spiritual, wisdom texts. I come from a Christian tradition, and found the material was opening up scriptural references I had known for many years in a refreshing and relevant new way. Actually this way appears to be ancient, it just can seem new to a contemporary audience that has not yet been exposed to the opportunity to find deeper meaning in the second half of life. The presentation of these truths is done in way that celebrates and honors all faith traditions. Ms. Singh has provided an very accessible means to avail yourself to some core wisdom that can start a life transformation that will bring much joy! I want to find a way to share this with a group of friends, maybe a reading/discussion group!! Can’t wait!
– Louis Monticchio