A Sense of Meaning 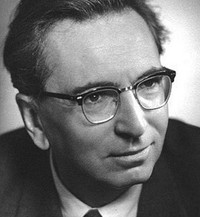 One of the most inspirational people I have ever known is Viktor Frankl, the Austrian psychiatrist who was imprisoned in the death camps of Nazi Germany in World War II. He was a scientist. He was terribly inquisitive and understood scientific methodology, and he wondered what enabled some of the prisoners who were subject to such terrible treatment in the death camps to survive. He studied the survivors and attempted to understand what enabled these people to survive, unlike the hundreds of thousands who perished. Was it their physical health? He found physical health to be secondary. Was it their survival skills? Secondary. Was it their intelligence? Secondary. He explored every alternative hypothesis. He finally concluded they were all secondary factors.